This book was a prize in a WFA raffle, the previous owner having been noneother than John Richardson of the Stockport branch, a former national committee member.

WWI was in many ways the first technical war. Rob Thompson always says it was an engineers’ war, and to that I would add the chemists.

The big advances in explosives happened before WWI but had major impact, as it were, during the war. Nitrate-based explosives, both as propellants and as explosive charges, were developed in the 1880 to 1914 period. The importance of nitrate is that it is composed of nitrogen and oxygen atoms which will decompose to give two very stable molecules, that is oxygen gas (two oxygen atoms linked by a double bond) and nitrogen gas (two nitrogen atoms linked by a triple bond). So, going to two very stable entities means that a lot of energy is released.

This facilitated the development of rifle cartridges that propelled the bullet faster and with a flatter trajectory. Shells went further and had a bigger bang. This made possible the modern rifles used in WWI and the machine guns and fast firing artillery. The book gives details on the chemistry and metallurgy of the Lee Enfield round, as one example. These developments swung the balance from the attacker to the defender well before WWI, a development not understood by the military leadership of any of the eventual protagonists of WWI. So, the strategy and tactics of the war, especially in 1914 were fatally flawed on all sides – fatal especially for the soldiers of all sides.

That brings us to a key character in the book – Fritz Haber. He was an eminent German chemistry professor and arguably the most important figure in chemistry in the 20th century. In 1909, he developed a method for producing ammonia from nitrogen (which is present in air) and hydrogen. Nitrate can be made from ammonia. Carl Bosch turned Haber’s research into an industrial process. In 1913, BASF starting making ammonium nitrate near Ludwigshafen, primarily as an agricultural fertiliser. Haber was awarded the 1918 Nobel prize for chemistry. In WWI, ammonium nitrate production was turned to military purposes.

The less happy side of Haber is that he is seen as the father of chemical warfare. The author details the development of chemical warfare in WWI from the crude beginnings of using chlorine, which was not very effective, through to mustard gas, which was. The use of poison gas was a leapfrog between the Germans and the Entente, in that one side would use a new gas, and the other side would produce a new gas mask to counter it. The game changer was mustard gas which could be absorbed through the skin and did not blow away in the wind. The first use of mustard gas in 1917 by the Germans produced results which astounded both Haber and the army command. The author points out that gassing was rarely fatal, as only 1.5% of the casualties died. Indeed, the “justification” for using gas which was put forward by protagonists such as Haber was that it caused fewer casualties than an artillery barrage would have done.

The author points out that, in modern times, Saddam Hussein used gas attacks in Iraq, but omits to say that the RAF used gas against Iraqi civilians first, in 1924. The author describes an obscure incident in WWII at Bari in Italy when an American cargo ship, which was loaded with a secret cargo of mustard gas bombs, was damaged in an air raid. Some of the gas escaped, and poisoned sailors and civilians. The medical staff did not know initially that they were dealing with mustard gas, so many people died. The tragedy was hushed up both during WWII and for many years thereafter.

The positive use of mustard gases was their use as anti-cancer agents. This was the beginning of cancer chemotherapy. Post-war uses of poison gases include the development of anti-oxidants to preserve rubber, and foodstuffs. Others have been used as pesticides, for example in grain silos.

Other aspects of the war dealt with in the book include the following. Have you heard of the 1915 shortage of artillery shells? Well, it was actually a shortage of acetone, a solvent used to make cordite. Chaim Weizmann, later a Zionist politician, developed a fermentation method to make acetone from plant material. Robert Robertson changed the method of production of cordite to make “cordite RDB”, which was produced using alcohol, from late 1916. The alcohol came from British distilleries. Robertson was a Scot!

Another, happier, use of technology was aboard hospital ships. Henry Dakin suggested the installation of a water tank in which sea water could be electrolysed, that is an electric current passed through it. The product is a solution of sodium hypochlorite, a disinfectant. The provision of unlimited quantities of disinfectant improved wound and disease treatment aboard the ships. Dakin was also responsible for Dakin’s solution, a mixture of sodium hypochlorite and boric acid used to treat wounds by flushing the wound frequently with the solution. This was widely used to treat wounded soldiers.

Overall, the author has produced an authoritative book on many aspects of the chemistry used in WWI. WFA veterans may find the passing remarks to wartime events a tad superficial but the point of this book is the chemistry and the men and women behind it. 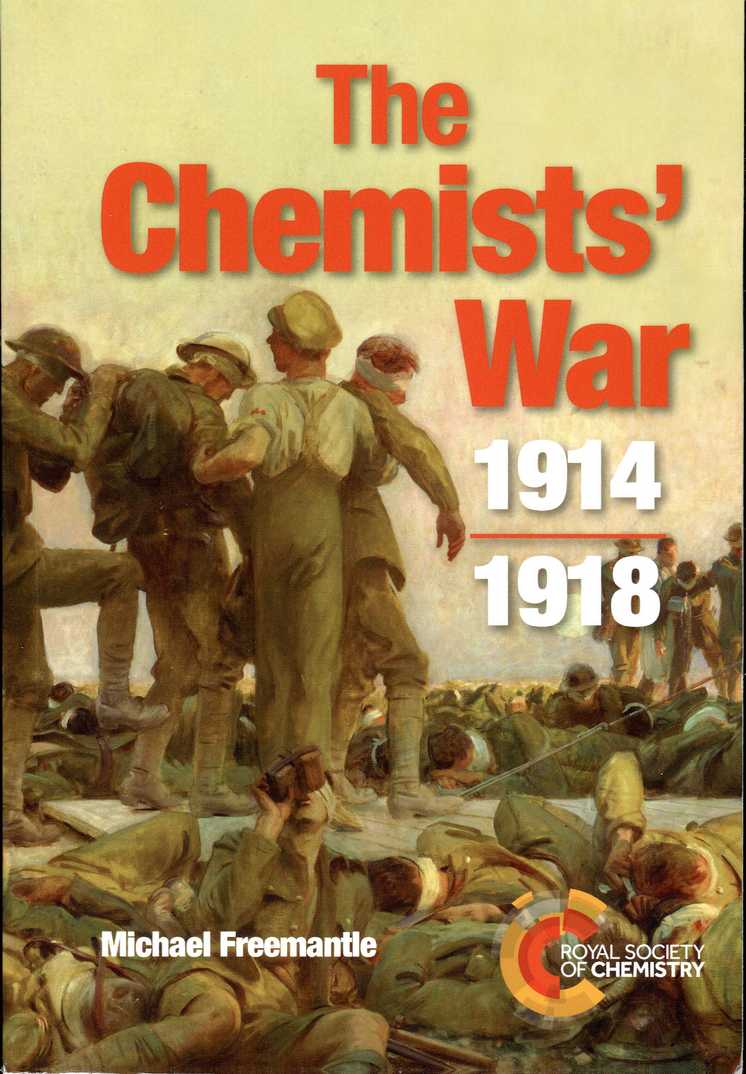