This book was recommended to me by Prof John Derry when I asked him for a recommendation on a book on the Eastern front in World War I. Prof Derry is, of course, an established authority on World War I. Norman Stone’s book dates from 1975 but in many ways it has not been superseded. After all, World War I was more than a hundred years ago! There is a succinct summary of the book on the dust cover which reads as follows:

Norman Stone’s ground-breaking book was the very first authoritative account of the Russian front in the First World War to be published in the West. In this now classic history, he dispels the myths surrounding a still relatively little known aspect of the war, showing how inefficiency rather than economic shortage led to Russia’s desperate privations and eventual retreat. He also reinterprets the connection between the war and the chaos that followed, arguing that although fighting had almost ceased by the end of 1916, Russia was still in turmoil – undergoing a period of change that would inexorably lead towards revolution.

To start at the beginning, the author deals with the situation pertaining in Europe leading up to 1914, in particular, that all the generals in all the armies, including the British, did not comprehend properly that the balance of power between attack and defence had changed radically. This was as a result of quick firing infantry rifles, the modern machine-gun, and quick firing artillery. Indeed, had the German high command realised this, they would not have been driven to invade France and Belgium so as to avoid a two-front war. Instead, they could have sat within their own borders and adequately defended themselves against both Russia and France. Stone points out the obsolescence of cavalry which was incapable of breaking through modern defences, and the inadequacy of the internal combustion engine in 1914. By the later stages of the war, the internal combustion engine had improved to allow the development of the first tanks. On the Western front, we think of the battle of Cambrai in 1917 as being a “modern” attack using armoured vehicles. All of the author’s comments apply equally to the situation in the West as to the East. This indicates the level of profound analysis and research which was undertaken in producing this book.

Another more general aspect of the analysis of World War I in this book is the sheer amount of resources consumed by the cavalry. Their horses had to be fed, watered and looked after seven days a week, whether or not there were going to be used in any military action. The huge quantities of fodder and bedding needing to be transported fouled up the transportation of other more essential war materiel for the infantry and for the artillery. Indeed, a further problem with the Russian army was the divide and mutual antagonism between the infantry and the artillery.

A key problem with the Russian conduct of war was the incredible inefficiency which pervaded the whole system. For example, even though Russia had a considerable length of railway track, they lacked the ability to use their railway system efficiently. It took weeks to move a Russian army division, where the Germans could accomplish the same task in a matter of days.

The production of war materiel was managed incompetently, and indeed for much of the war the Russian government preferred to buy in supplies from foreign countries. The domestic production of artillery shells only really took off in 1916, perversely resulting in a stockpile which was used by the Bolsheviks in the Russian Civil War.

All this is not to deny the Russian successes in World War I. The initial invasion of East Prussia took the Germans rather by surprise, and occurred 48 hours before any German troops had entered Belgium. Similarly, the Brusilov offensive in 1916 on the South West of the front was a major success that crippled the Austro-Hungarian army and effectively knocked it out of the war as an independent fighting machine. Indeed, Austro Hungary proved itself to be the sick man of the Central Powers, if not of Europe, and required to be propped up by the Germans from 1916. Austro Hungary was involved in the Italian campaign and was also fighting against the Russians in Galicia. In Italy, after striking initial success, things rather fell apart and, as we have said, required German input.

One big issue with the Eastern Front is that it never became bogged down in the way that the Western Front did. This was due (a) to the considerable length of the Eastern Front which, if transposed to the west, would have resulted in a front running from Ypres to Morocco, and (b) to the smaller forces involved in the east. In other words, there simply wasn’t the manpower to have a fixed defensive line over such a vast area, so movement was the order of the day. 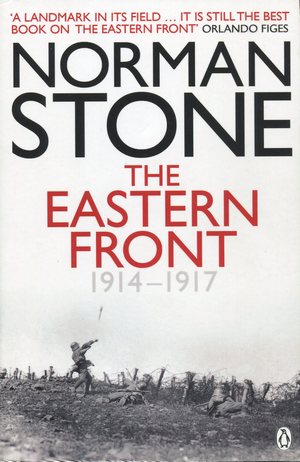 Russia, like the other Entente powers, had territorial targets as part of their war aims. Thus, Russia envisaged a range of satellite states in eastern Europe, and chunks of the Ottoman Empire, including the Dardanelles which would allow them to exit and enter the Black Sea with warships which they had not previously been allowed to do. The British were happy to offer Constantinople to the Russians, though they themselves were intent on making off with the oil rich areas of the Ottoman Empire, which they largely did after the war.

Indicative of the Russian problems, even quite far into the war, was the statement by the head of the army that he had 1.7 million soldiers with 1.4 million rifles. It does not take a genius to realise this is not a happy situation for an army trying to fight any war.

A complication in August 1916 was Romania entering the war on the side of the Entente. While this in theory should have made life easier for the Russians, the Romanians were well and truly eliminated by a German and Austro-Hungarian force led by Falkenhayn and, by December 1916, Bucharest was taken by the Germans.

However, by the start of 1917 social conditions were breaking down inside Russia. After the March revolution, the Kerenski government continued the war and Bolshevik leaders Kamenev and Stalin appealed for order in the army and the factories. It was not until the arrival of Lenin in April that the Bolsheviks adopted an out and out revolutionary programme.

During the period of 1915 to 1916, there had been considerable economic growth in Russia, with more jobs and higher wages. However, this industrialisation hit the 11 million Russian peasant households who made their living not from agriculture but rather from cottage industries, such as weaving or rope making. The number was down to 4 ½ million by 1917. In other words, there was a burst of economic activity between 1914 and 1917 that brought as much change to Russia in three years as had occurred in the whole of the previous generation. After the October Revolution, which of course actually happened in November 1917 because of the Russians using the antiquated Julian calendar, there was an armistice in December 1917 and the Treaty of Brest Litovsk was signed with the Germans in March 1918. By this stage, the Russian army was in a state of total disintegration. Supply problems had been a key issue. The soldiers had been receiving poor rations, irregularly delivered and erratic pay. This resulted in indiscipline, illicit stills, mutinies and attacking their own officers.

It’s important to remember that the collapse of Russia and the Treaty did not result in the Germans being able to send all their troops from the East to the Western Front. Whilst some troops were freed to go to the West, the Germans had to retain one million men in the East, not least to deal with the harvest, as starvation of the civilian population was a major problem in Germany and Austro Hungary because of the Royal Navy blockade.

The difficult part of this book is the sketch maps which are quite hard to follow. In reading this book, it is useful to have access to either a paper atlas or a computer where one can find appropriate maps online. That makes understanding the geography of the various phases of the campaign easier. Having said that, I would heartily agree with John Derry that this is a most excellent book that stands up to the test of time very well. Another book on the Eastern front which has been recommended to me by a Polish historian is that written by an American author, David R Stone “The Russian Army in the Great War: The Eastern Front, 1914-1917”, 2015, University Press of Kansas. This is a more recent work and I hope to be able to review it in the near future. It only seems to be available in the UK on Kindle at the moment.